Home
Products
About Us
Factory Tour
Quality Control
Contact Us

Easy to be folded to the size of magazine, can be put in your bag, as a portable direct power to carry.

4 buckles attached for putting on camp or hang tightly on your backpack / tent / tree, etc.

Auto restart:  Whenever it lost contact with direct sunlight ( by clouds, forest etc. ) ,  it will temporarily stops

and start again automatically as soon as intercepts the sunrays.

Examples of solar chargers in popular use include:

socket  to keep the battery topped up while the vehicle is not in use.

Flashlights / torches, often combined with a secondary means of charging, such as a kinetic ( hand crank

Public solar chargers permanently installed in public places, such as parks, squares and streets, which

anyone can use for free.

Power Plants or sometimes more than that. The solar power systems are of two types; one is off-grid and

other is on-grid systems. In off-grid systems, the system has no link with Utility grid and components used in

maintain control on charging the battery for its long life. So the DC power is stored in Batteries and this

stored energy is converted into AC Power to operate the AC appliances. The DC appliances can be

operated directly with the battery. So DC and AC load can be operated through a solar power system. 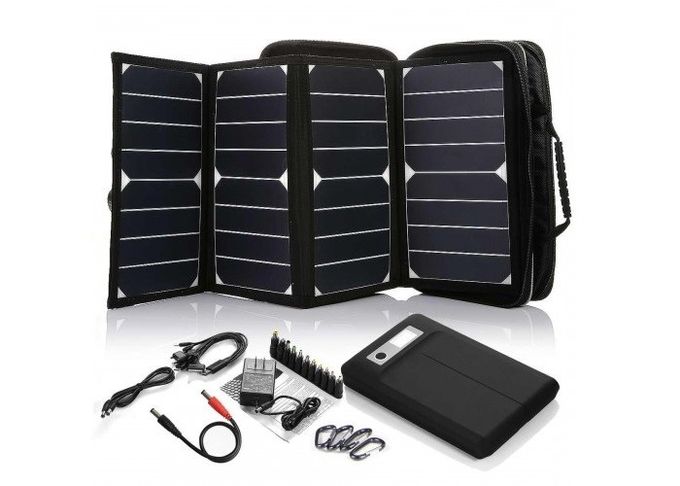